Launched in 1972, this year sees the competition celebrate its 50th year. Whilst the format of the event has evolved over the last four decades to keep up with the changing times, judges have continued to select essays written by some of the top economic minds our country has produced. Initially the competition was only open for postgraduate students, but in the early 90’s the undergraduate category was introduced.

For the first three decades, there was a finalist per participating university from which the winner and runners up were selected, but subsequently the top 10 essays were selected irrespective of the university the entrants came from.

Up until 2005, the winner of the postgraduate category was awarded a bursary to Cambridge University but since then a cash prize is awarded to be used for academic purposes.

The competition’s sponsors have been privileged to host some of the brightest young economists in the country, people who have gone on to significant positions both in South African and abroad. Some of our winners are now Professors or Doctors in Economics serving in the academic field, whilst others are working in the National Treasury and in top organisations both locally and overseas.

To see who our current panellists are click here. 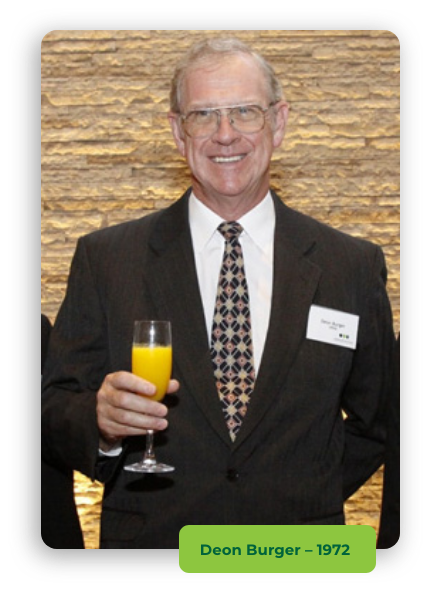 “I was a M Comm Economics student at the University of Stellenbosch in 1972 when one of our Professors announced in class (not very long before Budget day) that this competition had been launched. At that stage it was purely an essay- writing competition and the subject simply was to predict what the main thrust of the budget speech would be, as well as what one would rather see in it.

In those days we submitted our essays (mostly handwritten) to our own university’s Economics department and they decided on the university (‘campus’) winner, submitting it to the organisers.

All the campus winners were invited to Parliament for Budget Speech day, where we were met by representatives of the sponsors, and tickets for the public gallery had been organised for us to attend the Budget Speech live. It was then held in the ‘Volksraad’, now the Old Assembly Chamber.

I remember how I was in awe of the importance of Parliament and the budget speech, delivered by the then Minister of Finance Dr Nico Diedrichs. The assembly listened to the speech in silence, with only the occasional ‘hoor, hoor’ (hear, hear) or applause being heard.

However, in those days there was a brief period of response allowed directly after the speech, which shattered my awe when the assembly dissolved into shouting and hurling of abuse! I thought these people (MPs) must hate each other, only to see later that outside the chamber they were quite friendly with each other again.

The function followed soon afterwards in the Parliamentary Tea Room, in the form of a cocktail party. After a few speeches, the campus winners were announced and we each received the princely prize of R50 – quite a bit of money in those days! There was no overall winner then and sadly I cannot recall the names of the other campus winners – then, of course, mostly from the ‘white’ universities.

I had travelled to Cape Town from Stellenbosch with my old student car and can recall one of the MPs from Pretoria asking me for a lift to the parliamentary dwellings in Acasia Park, as his car was in for a service. The trip and conversation to Acasia Park was very interesting for a young student who had never personally met an MP in his life before. Fairly early in the evening I was back in my hostel and this highlight of my final year at university was already over.

It was thus a great honour and brought back memories when in later years I could resume a role in this competition, that has evolved so much over the years, as the campus convenor for Unisa.”